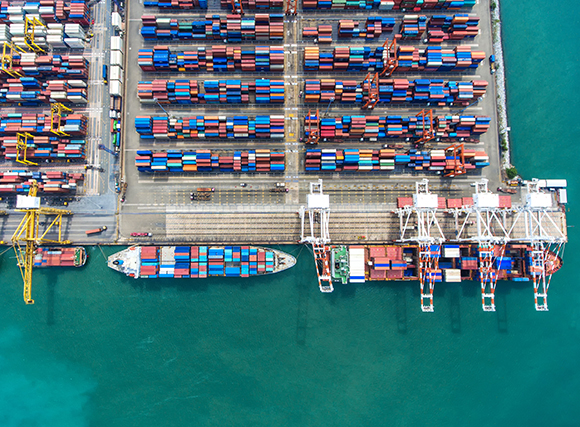 The world has become a global village: electronic commerce is truly international and must be standardized

At the AFNET association, we promote and develop such standards so as to improve relationships between organizations and enterprises. Standardizing electronic commerce for logistics means defining a common document structure for order processing transactions and product deliveries.

An early initiative in the Asian Pacific region

In 2008, Korea, China and Japan established a trilateral cooperation, NEAL-NET, to organize and structure the logistics information systems between the three countries.

With the heavy flow of merchandise traffic between ports, the logistics information system between countries must be connected and the exchange of data structure that describes a container’s content must be shared through a common standard.

A similar European initiative is in progress to define an ISO international standard to be applicable worldwide. The work is being carried out by UNECE (United Nations Economic Commission for Europe), under the umbrella of the United Nations Organization. [1]
It provides an internationally accepted standard repository for the semantics of trade data elements used in international trade. This data structure is at the heart of the logistic exchange between countries.

How to overcome the language barrier within logistic exchanges?

At SYSTRAN, we define terminology that is applicable systematically to any machine translation request performed with a given profile. Within the context of electronic commerce, SYSTRAN’s engine, which is compliant with the terminology of the Trade Data Elements described above, makes possible an automated way to transfer logistic documents from one language to another with respect to the standard:

Using automated translation for the Data Element names and descriptions is a key factor in facilitating the communication and trading within logistic processes. SYSTRAN’s application in front or integrated within the Single Window portal is an essential element in enhancing communication for international commerce.

[1] The United Nations Trade Data Element Directory (UNTDED, ISO 7372) is developed and published by UN/CEFACT. A UN Layout Key (UNLK) trade document has boxes to be filled in with specific data. The requirement for each box is recorded in a dictionary called the Trade Data Elements Directory (UNTDED, ISO 7372). The directory consists of a four-digit number to identify each data element, its name and accompanying description.